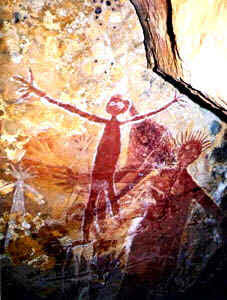 I've posted another performance on YouTube.  This one is "Sorcels" by Patrice Sciortino.

"Sorcels" is for solo bassoon. It's a very tough piece with some very imaginative extended techniques.  It includes flutter tonguing, multiphonics, shakes and timbre trills. Though very challenging, these extended techniques add to the surreal nature of the piece.  If handled skillfully, they can give the impression of the bassoon's sound being transformed by the music into an altered state. Instead of calling attention to themselves they fit into the fabric of the composition.

It's written using a 12-tone row, but is very accessible for the listener.  There is a lot of call and response, perhaps depicting a sorcerer, his medium and his audience or participants. There is a jazzy middle section and lots of virtuoso flourishes.  It covers the total range of the instrument from low B to several high f's.

I'm not aware of a commercial recording of this piece, so anyone playing it could use this clip for study. It's from a recital I gave in Cleveland this May.

I'd like to thank Jeff Lyman, bassoon professor at the University of Michigan for making me aware of the piece, and Alexandre Ouzounoff, its dedicatee, for corresponding with me about the piece.
Posted by Barry Stees at 7:41 AM No comments:

The Akron Half Marathon went pretty well.  The weather was just about perfect for racing -- cloudy, cool and NOT rainy.  The temperature was in the mid-50s.

This year's race had 13,000 participants -- their biggest race ever.  Yet, when lining up at the starting line, things were organized and spaced out very well.  They try to get runners in the "corrals" 20-30 minutes prior to starting, so it can really get claustrophobic in there before the start.

Not so, this time.  Like some races, the faster your projected finishing time, the closer to the starting line you line up. Since the Akron race has a big relay component, a good portion of the runners are there just for fun or because they're part of a family or a group from work that has formed a relay team.  There are also not as many "elite" runners as in some of the bigger races (e.g., Boston Marathon, New York City Marathon), so the area near the starting line isn't usually very crowded.

I lined up with the 3:05 marathon pace group.  There are pacers in these races that run with signs listing the predicted finish time for that group.  These people have to be in great shape to hold a sign while running a marathon and finish at a designated time.  It helps those running to stay on pace.

Our pacer was a young guy who was sporting a running "skort" -- a short skirt newly fashionable worn usually by women -- with blue and red polka dots!!  He was able to keep a lively monologue going during the race with advice and stories for those around him while running.

The pace group's 3:05 finish time computed to a 1:32:30 half marathon or about a 7:04 mile pace.  I trained at a 7:00 mile pace, but have never raced that fast before.  This was an aggressive move up in pace for me, having managed a 7:11 mile pace for a half marathon last fall as my best time.

It was not to be.  I stayed with the pace group for about the 5 first miles, then started to fall off the pace.  The Akron course is very hilly and there are some hills at mile 6 and 7 that slowed me down.  I hung in there, though and manged the really nasty hill at around mile 11 just fine.

I turned the corner at the entrance to the Akron Aeros' ballpark and turned up the speed, finishing the race with a time of 1:34:21, my best time for this course and my second-best half marathon time ever.

Akron's mayor was at the finish line to shake everyone's hand.  I guess he's up for re-election this fall!

Next race is the Towpath Half Marathon in two weeks.  A really beautiful, FLAT, race course along the old Erie and Ohio Canal Towpath between Cleveland and Akron.  I have run my best times there in the past, so maybe I'll best my time from Saturday.
Posted by Barry Stees at 6:48 AM No comments: 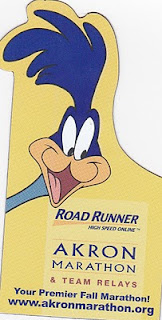 This Saturday morning I'm running the Akron Marathon Half Marathon.  This will be the fourth time I've run the race.  It's a very well-organized race with lots of home-town participation.  It starts in downtown Akron and end there in the Akron Aeros (AA baseball) ball park.  Mayor Don Plusquellic shakes EVERY runner's hand at the finish line.  Now that's a politician!!

Last year I finished sixth in my age group.  Several thousand people run this race. There is the marathon, the half marathon and a 10-K relay.

Since I've run this one before, my goal this year is to improve on my time and maybe move up in the standings in my age group.

I've been training for the race for 2 months now.  I have used a half marathon training plan from Runner's World.  It's very aggressive, with a mixture of long runs and track interval work. 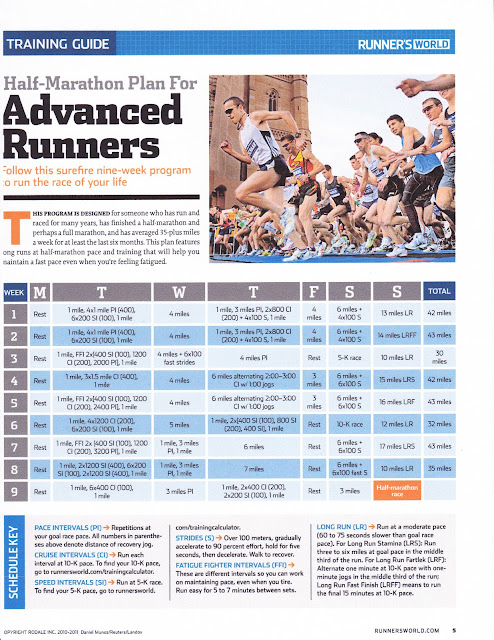 It teaches your body to find its "gears" when running.  In particular, you learn to hit and maintain your goal race pace and 2 faster gears.  With good practice you can reproduce many laps on the track within a second of each other for pace.

There are two other sources I've used for inspiration with my running recently.

One is the Maximum Aerobic Function training of Philip Maffetone.  His method helps you build a strong aerobic base by exercising at the top of the aerobic threshold.  This is the maximum heart rate at which the body is only burning fat.  Above this zone, (roughly 60-70%) of your maximum heart rate, your body starts burning sugar.  This higher rate is much harder on the body.  By building a strong aerobic base you delay the depletion of glycogen and the buildup of lactic acid in the muscles (that's what causes the burn when you exercise) that occur during an endurance event like a marathon. This makes for a more pleasant experience, is easier on your body and can result in faster times.

Using a heart rate monitor you target a specific heart rate zone and stay in it.  Over time the body becomes more efficient in its use of oxygen and you speed up while maintaining the target heart rate zone.

I did this kind of work in June and July and use it during my "off" days now.  It's a good way to avoid over training, injury, etc.

The other method I've studied is called Chi Running.  It uses posture and principles from Tai Chi to build more efficient running form.  Working on such problems as over striding, pushing off hard, etc. it re-directs attention to the core muscles as the place where the energy of running is centered.  It uses the runner's natural twist of the spine and the pendulum action of the arms and legs to help the body work as a system.

Here are some video demonstrations of Chi Running:

The musicians reading this may recognize some cross-over to postural issues involved in holding and playing an instrument.

Speaking of core muscles, here's the workout I do to strengthen my core. It's devised by Lolo Jones, a world-class hurdler, especially for runners!

Birth of a Piece 4 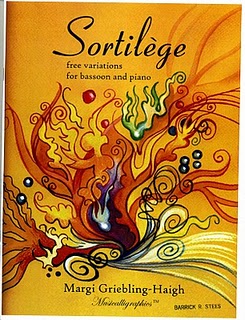 I've posted my performance from May of Margi Griebling-Haigh's Sortilège on YouTube. Anyone learning the piece for the Meg Quigley Vivaldi Competition can listen to my performance there.

I had posted this a while ago, but the sound level was too low.  Today I posted a better version.  It should be playable and listenable even on a laptop with poor speakers.

In addition, Randy and I will be performing the piece again on Sunday, Sept. 25 at Cleveland State University in Drinko Hall.  The concert is part of the Cleveland Composers' Guild concert series and will begin at 3:00 pm on that Sunday.

This is a very colorful piece and it has been fun to learn and perform.  I hope you enjoy it!
Posted by Barry Stees at 5:04 PM No comments:

Below is the best account I've read of how important music was in America's reaction to the 9/11 attacks.  This was written and delivered by a college classmate of mine, Karl Paulnack at the Boston Conservatory in 2004.

If you haven't seen this -- it's made the rounds of the internet for some time now -- it's well-worth reading.  Send it to a friend!

I've just uploaded my performance of Alain Bernaud's Hallucinations from the IDRS Conference in Arizona.  Some of you have asked how my events there went.  Here's a sample from my solo recital there.

My pianist is Randall Fusco, a college classmate of mine and faculty member at Hiram College.  The acoustic is pretty dry, but we were both happy with the performance.

Thanks to my daughter, Grace for uploading this and providing the visuals (no video).

Look for some more YouTube submissions from me in the near future!

Enjoy!
Posted by Barry Stees at 6:22 AM No comments: