A few weeks ago, I went to a house to hear an organ concert. Both the house and the organ are unique. 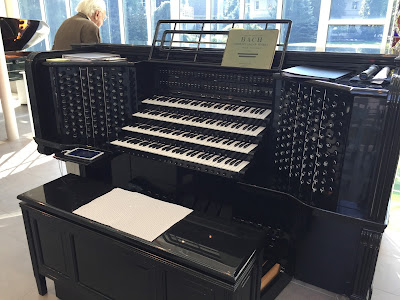 A short history: Originally built for a church in Birmingham, Alabama, an organ lover who is also a cardiologist at the Cleveland Clinic bought it and had it disassembled and moved to Cleveland where he built a house enveloping it.

Inside the house, the pipes are arranged in all directions and on several levels. 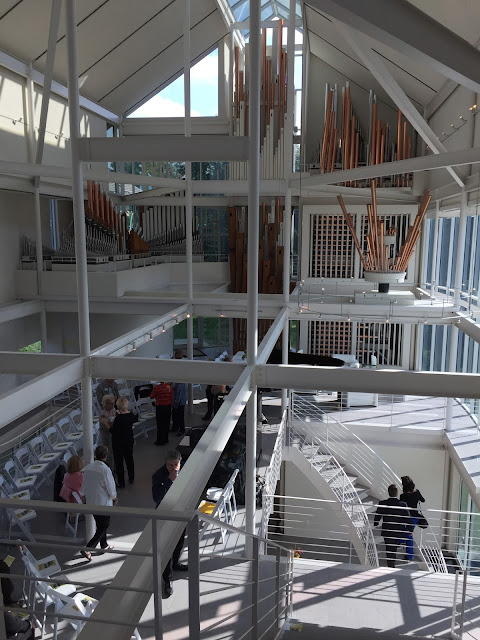 When it is played or when you listen to it, you are completely surrounded by pipes and organ sound! 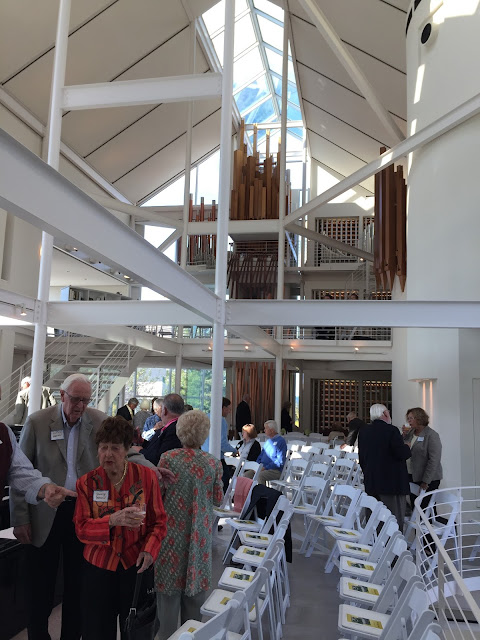 Yes, the organ has bassoon stops. 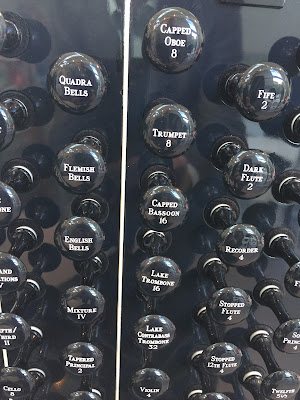 It is also complemented by a Bösendorfer piano with 9 extra keys! These lower strings vibrate at such a slow speed that you can actually hear the individual vibrations. There's not as much of a sense of a steady tone as there is with the "regular" keys on the piano.

Along with organ music, we heard several piano/organ duets. 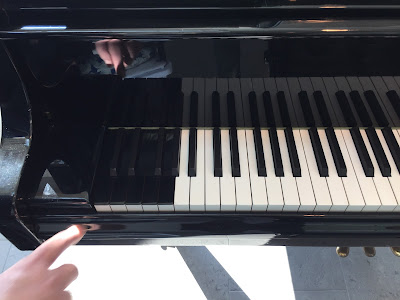 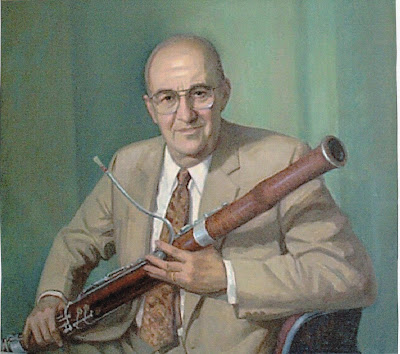 Bassoonist and teacher, K. David Van Hoesen left us today. He passed away in the company of his family in Pittsburgh. He was 90 years old.

He was my musical "father". He taught me so much about the bassoon and also about music in general. He showed me what great teaching was all about. 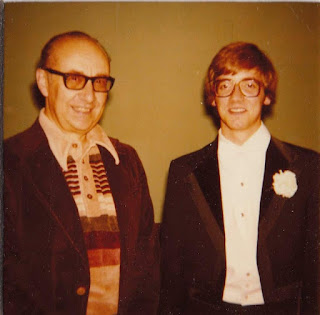 He played much of his career in the Rochester Philharmonic. 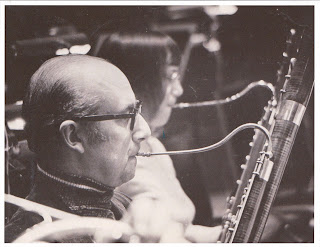 His sound was beautiful, smooth and even. Listen to this excerpt from William Schuman's "New England Triptych" and you will hear a good example.

Here is an interview  (see item 12 in the Table of Contents) I did with him shortly after he retired from teaching at the Eastman School of Music. In it he discusses the bassoon, music and his early life. 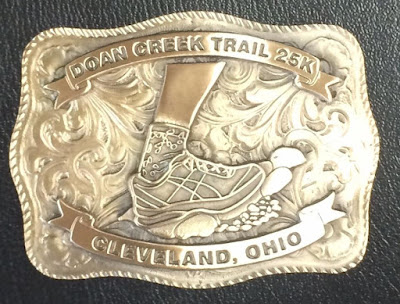 Last Saturday I participated in a most unique running event. Called the Doan Creek Trail Run, it was organized to highlight the beauty and adventure hidden in the ravine that runs from Shaker Heights, OH downhill to Cleveland and, eventually into Lake Erie.

It was organized by a local runner who says these trails constitute his morning commute!

A small race with entry capped at 50, it was run on very narrow, often treacherous single track paths that snake up, down and across the creek. 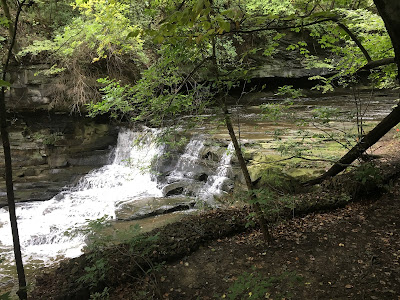 I ran with a partner, Zachary Lewis, who is our music critic and fitness columnist for the Plain  Dealer. It was reassuring for both of us to run together because we were alone for much of it and there were lots of chances to slip and fall. We armed ourselves with Camelbacks, Gu and a small first-aid kit. Plenty of tree roots, slippery rocks and uneven surfaces challenged us on the 15-mile route we ran. 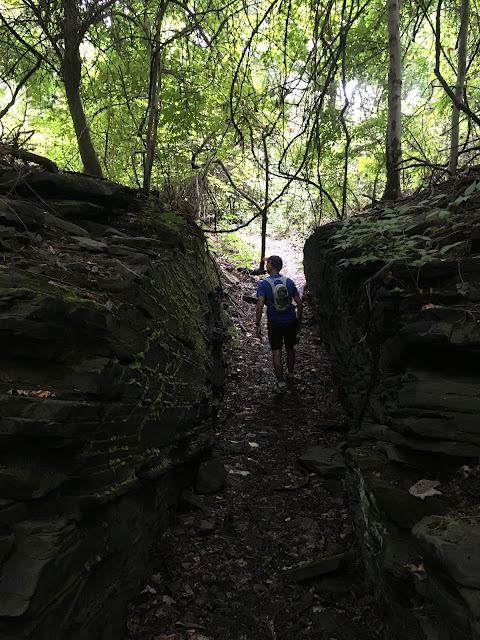 Obstacles of other sorts came our way. I was stung by a bee, almost run over by a boy on a dirt bike, and we nearly interrupted a wedding party posing for photos on a bridge that was part of the course.

We ran our first 7.5 mile loop at a good pace, but in the midst of the second loop, the numerous ups and downs took their toll, forcing us to walk up most of the latter hills.

It was a beautiful day with great weather conditions. Lots of small waterfalls on the course and an abundance of natural beauty combined with some rust belt decay that was interesting in its own way. 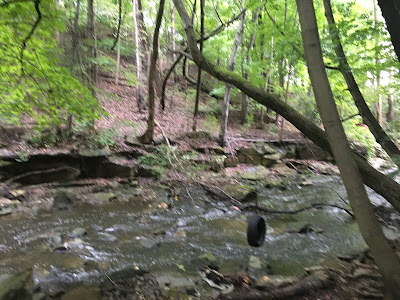 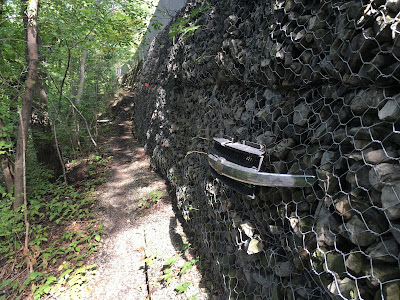 That is a Chevy fender embedded in the retaining wall by the trail. Just on the other side is a winding downhill road on which many accidents occur. Maybe the workers found this on the side of the road and decided to place it in their work.

The race director had a tent with water, Heed and snacks at the finish. He even offered to let the finishers shower at his house after the run!
Posted by Barry Stees at 9:58 AM No comments: