Here's a great method for learning the opening to Stravinsky's The Rite of Spring. It's great whether you're learning it for the first time or just brushing it up for an audition or performance.

Using the high d key and covering just 1/2 or less of the second tone hole in the left hand allows for a quiet, controlled start that is in tune. You can grasp the reed more firmly and not go sharp because of the half hole. Remove the half hole immediately after starting. Some players combine this with a breath attack for an even softer start. 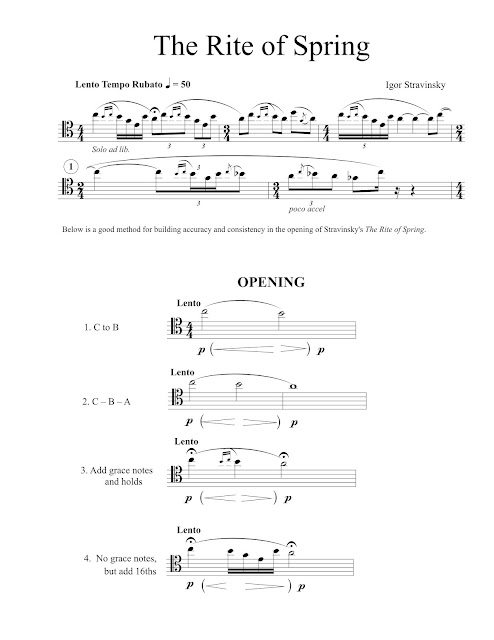 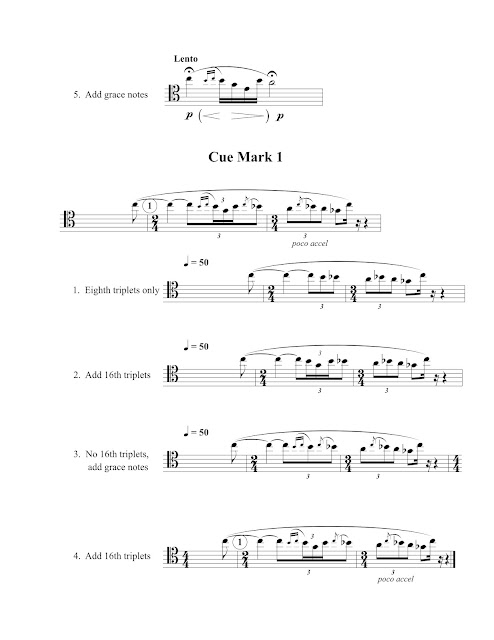 I've written this out by hand for my CIM students for years, never quite sure if they could read my poor handwriting! Now, thanks to my friend, Rich Shanklin, I've got a file of it and can just hand it out.

While reed making cannot compare in drama and ratings to these shows, we can learn a few things by examining reeds that are no longer viable.

From time to time, I take apart old reeds that were exceptional when they played to examine my scraping technique.


Except along the spine, it is not possible to measure the rest of the reed blade accurately when assembled.  Therefore, I find it very instructive to take apart old reeds and measure each blade.  You can learn much about your scraping tendencies.  Being right handed or left handed can make you favor one side of the reed or one area over another.

Since symmetry in measurement is the most important principle in reed making, becoming aware of your tendencies and adjusting for them in future reed making sessions can improve your reed making.

Below are two reeds that I thought very highly of and used in many performances.  Measurements that differ from top blade to bottom by .001” or .002” are negligible and do not need correction.  However you will notice that I tend to leave the back of the right rail thicker than the left on three of the four blades.  This would be something to correct for in future scraping.

Posted by Barry Stees at 6:27 AM No comments: