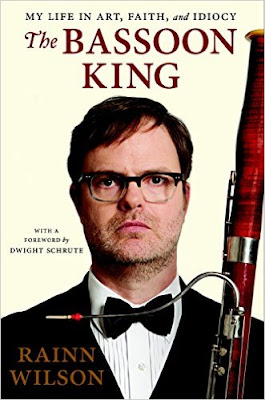 Another bassoonist in the news! No Nobel Prize Winner this time, just a member of the cast of the television show, The Office. Yes, Dwight Shrute (Rainn Wilson) played the bassoon -- he says for five years!

Information about his book below: 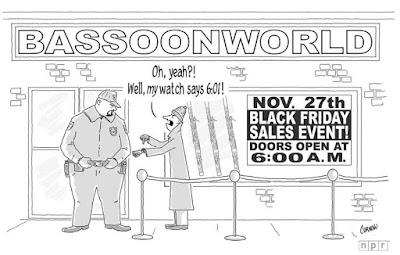 Posted by Barry Stees at 2:22 PM No comments:

Those reading in the U.S. may have some extra time on this holiday weekend, so here are two recent posts to inspire you:

1. Cellist Steven Isserlis talks about what keeps him practicing and how the Beethoven Sonatas for Piano and Cello challenge and inspire him.

2. In a long essay, Gidon Kremer lists his top 10 favorite recordings of the Beethoven Violin Concerto with lots of insights in between. To read the essay, go here and click on the link at the end of the letter.

Happy Reading!
Posted by Barry Stees at 8:48 AM No comments:

Email ThisBlogThis!Share to TwitterShare to FacebookShare to Pinterest
Labels:Intro inspiration

In case you don't know the wonderful story of William Moerner, a bassoonist who is now a Nobel Laureate, here it is below. Courtesy of Ryan Romine, Bassoon Editor of the Double Reed Magazine.

I apologize for the small print size and the formatting! 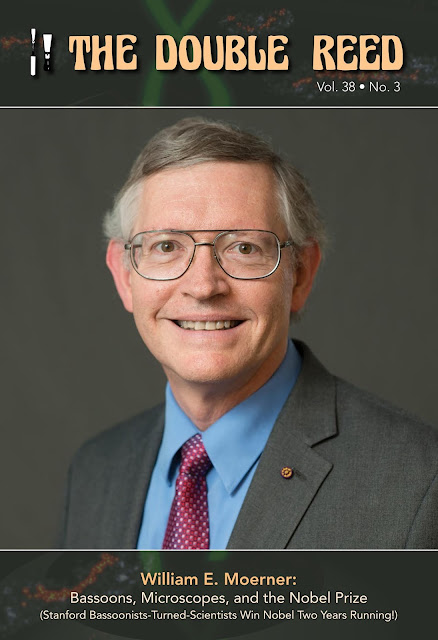 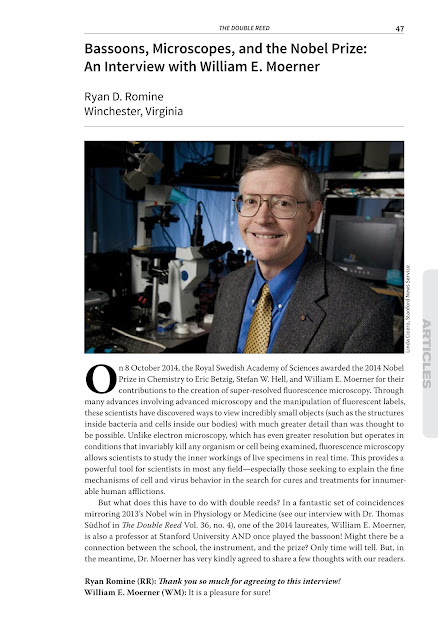 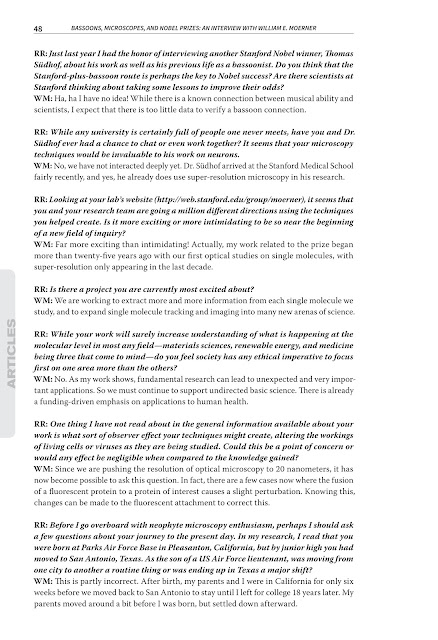 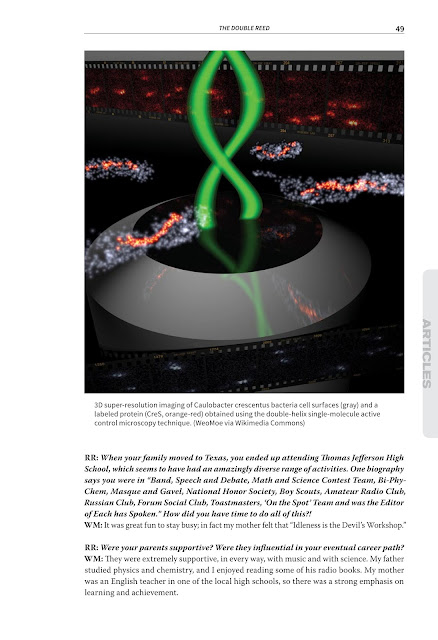 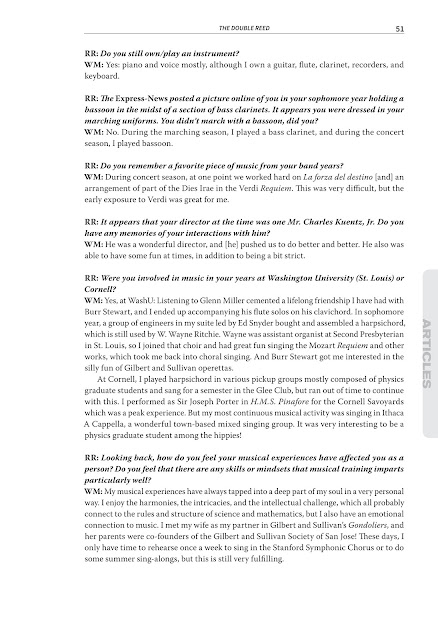 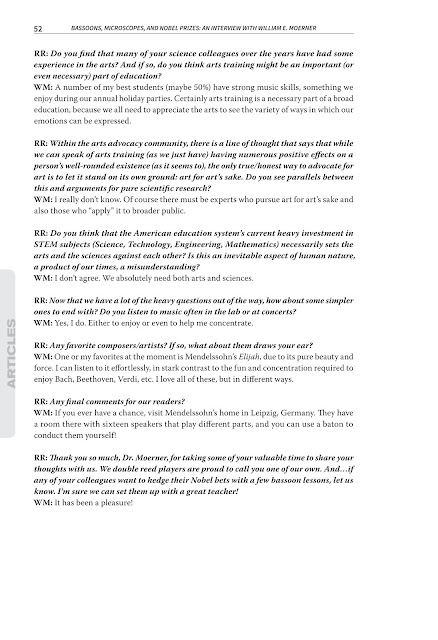 Posted by Barry Stees at 1:46 PM No comments: 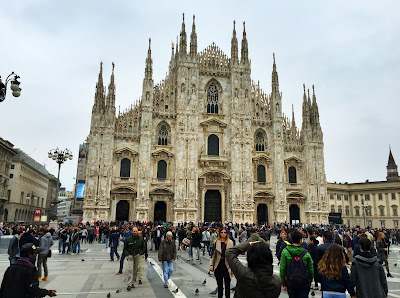 Our next stop was Milan. We arrived in the early afternoon. Quite often when a large group like ours checks in to a hotel in the morning or afternoon, none or only some of the rooms have been cleaned and are ready. This creates extra stress and fatigue for that day, when often there is a concert or even a rehearsal and concert later that day.

This was the case in Milan. I was lucky to get a room right away, but my attempt at a nap was thwarted by the trumpet player in the room next to me who decided it was time to practice! I decided to punt on the nap and went to see the Duomo (above). The line to get in was pretty long and I didn't have the time to wait, so the view from outside had to suffice.

Besides I needed to keep track of the time. We had a rehearsal with our soloist, Radu Lupu on Beethoven's 4th Piano Concerto which was on the program that night. This would be our only rehearsal with him, so a very important rehearsal.

After a short break, we played the concert. La Scala has an iconic look 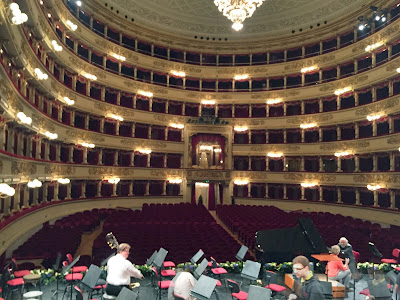 The orchestra had never played at La Scala before. Since we played on the stage and not in the pit, I couldn't get a true view of how the acoustics for an opera performance would have been (that's what the hall was built for), so I'll just say that, from our standpoint, it was an extremely dry acoustic and not an easy place in which to make a beautiful sound. I hope I've missed something here, because it's such a legendary place!  Perhaps the voices come across best.

The concert began at 9:00pm, so with a 7:40 bus departure from the hotel, you could either enjoy a night out in Milan with no sleep or call it an early night. I opted for the latter, knowing that Paris, the next day would be exactly the same kind of tight schedule with a late arrival, rehearsal and concert packed into about 8 hours.

Touring can be glamorous and thrilling, but with a schedule like this and the need to uphold a very high standard of performing excellence, the thrill and glamour seem far away at times.

My daughter would say I have a "First World Problem" when I complain of such things -- a great job, the chance to see a lot of things I wouldn't ordinarily, so I'll stop complaining for now!

Posted by Barry Stees at 8:35 AM No comments: 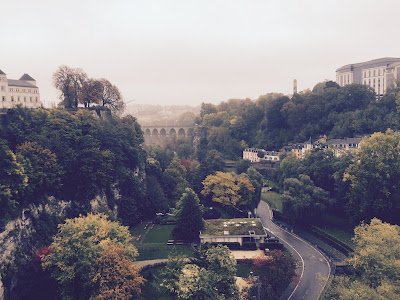 Our next stop was Luxembourg. It has a wonderful, modern concert hall -- the Philharmonie. A good acoustic and a feeling of comfort on stage made for a good concert. We have played here often. Here is a good rundown of my experience there in 2011.

Running in Luxembourg is a pleasure. In the center city there is a series of parks that are great for shorter runs. For longer runs with lots of hills, there is the gorge or Grund. 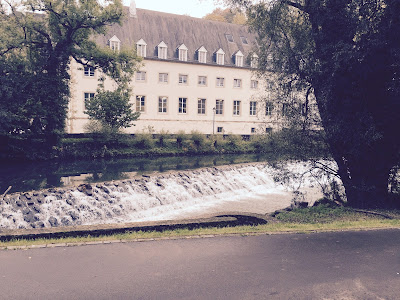 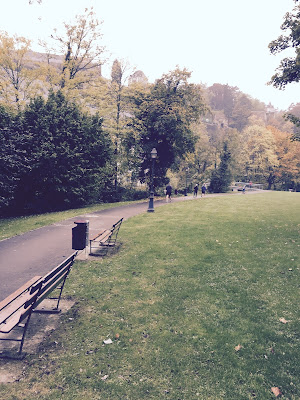 This extremely picturesque area is full of lush greenery, cool streams and medieval ruins. It's easy to get lost down there but, if you're not running for time, it can be stimulating and adventurous. 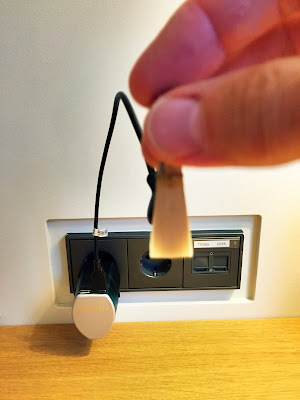 I used some precious spare time in Luxembourg to get caught up on reed making. As many hotel rooms have poor lighting for this purpose, I try to bring along my Ikea LED lamp. It's flexible and has a USB connection. The adaptor for European outlets is separate. 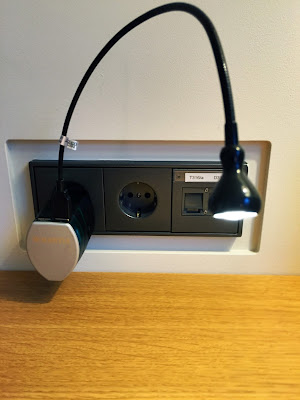 Posted by Barry Stees at 8:00 AM No comments: