Clean articulation is something to which all bassoonists aspire. If it is possible to say that bassoon playing has continued to improve over the years in America, cleanliness of articulation is one area that has gotten a lot of attention and where improvement over the years (as witnessed by recordings, etc.) has been vast.

Through listening to older recordings it is clear that a certain dirtiness in articulating notes built on harmonics on the bassoon (notes above open F) was tolerated until recently. Even the best players cracked.

It is thanks to awareness raised by Norman Herzberg and his students and the influential European tradition of the use of the vent keys that we no longer tolerate cracking articulation on the bassoon.

A lot of effort has been spent instilling the use of the vent keys of the wing joint for clean articulation. However, the vent keys can only be used for five notes (A2, Bb3, B3, C3 and D3) so there's still a problem if cracking persists farther up the range.

Most bassoonists can articulate these five notes cleanly using this technique. A recent trend in audition repertoire lists may indicate that it's time to clean up articulation on other notes in the high register.

In at least two recent auditions -- our Second Bassoon audition and the Chicago Symphony Orchestra's Principal Bassoon audition  -- the following excerpt was used to separate the clean articulators and the dirty ones:

It's the second page of Bolero.

We used this excerpt in the final round of our audition. All of our finalists played at a very high level. However, NO ONE articulated the G's cleanly!

Perhaps we bassoon players have become too comfortable with the sound of a high G that cracks!

The non-bassoon players on the audition committee found it especially puzzling that even these otherwise fine players would allow such an obvious lapse in their technique.

How to correct dirty articulation on this note? One can't flick G3 on the bassoon, so other solutions must be found.

I'll offer a solution for that works for all notes on the bassoon in the next post.
Posted by Barry Stees at 6:37 PM No comments:

At the beginning of the month we hired Gareth Thomas as our new Second Bassoonist! 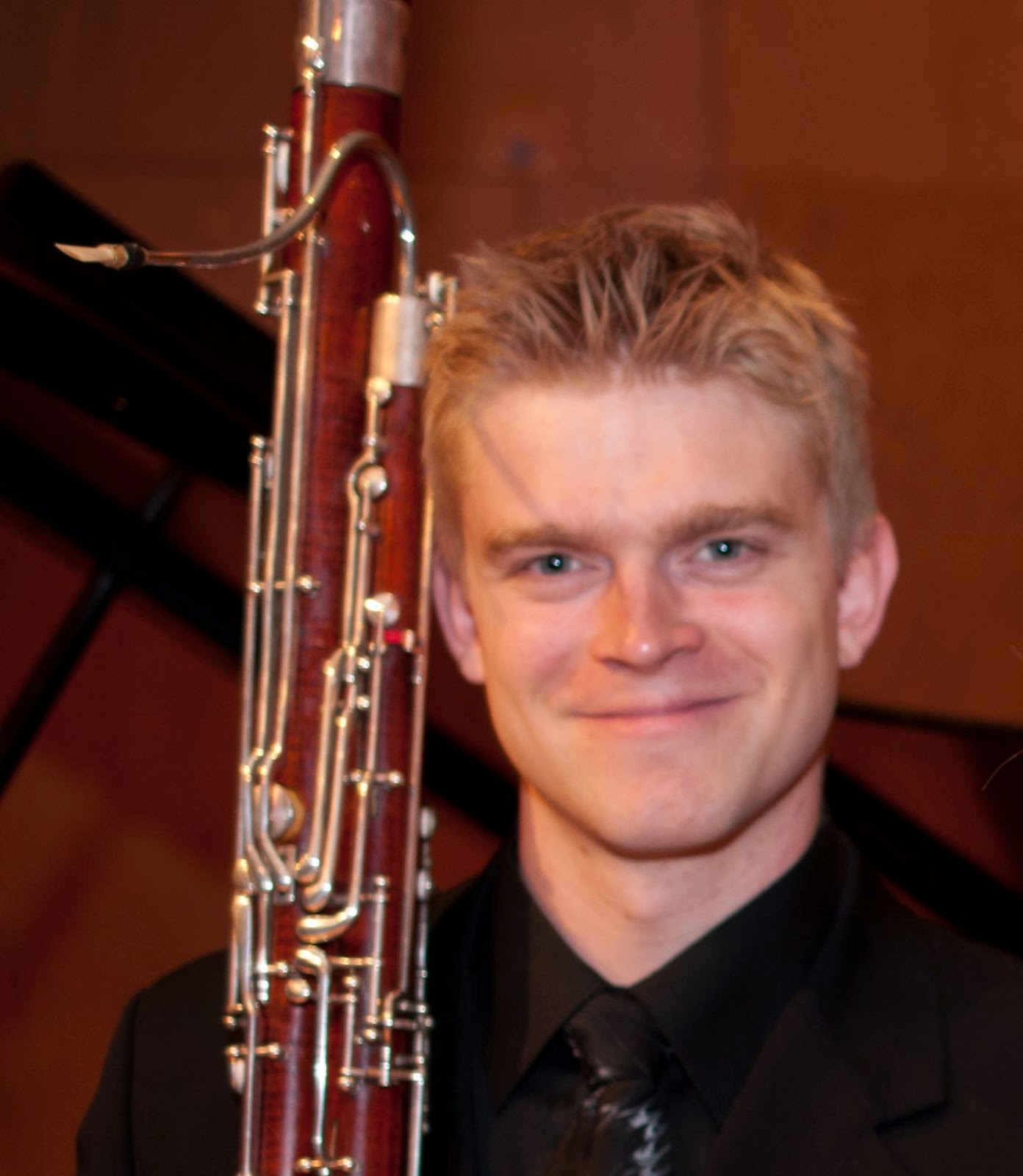 He will play with us next month for a series of concerts and then start formally after the New Year.

It will feel good to have a complete section again after a few years of vacancies.
Posted by Barry Stees at 1:14 PM No comments: