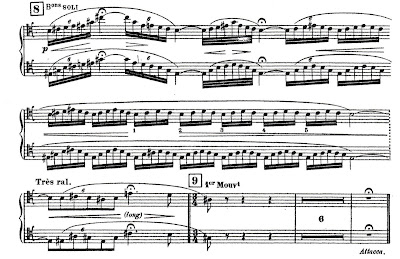 The movement title is Prélude à la nuit or Prelude to the Night. The movement is full of impressionistic effects for the orchestra that hint at night sounds in Spanish town. Perhaps the two bassoons are mysterious gusts of wind blowing dust down a deserted street in the early hours of the morning.

Aside from the virtuoso writing and the use of non-traditional harmonies, it is notable that there is no meter throughout this cadenza.

Sometimes this passage is played in a steady tempo. I think this decision constitutes a major missed opportunity to add to the impressionistic character of this section. The lack of meter should indicate to the performers that some freedom is intended with the pulse. It's a shame to hear this duet played like an etude! It makes me wonder if the two players communicate so poorly that they found it necessary to play it steadily so as to keep their place!

Regarding pulse, I think it's important to utilize what's on the page when deciding how to make the notes play out over time.

Three quarter notes, but only two fermatas, so don't sit on the first quarter note B too long!

Begin an accelerando after the second hold when the sextuplets start up again. It's best to reach a steady pulse at the height of the crescendo (second bassoon has a difficult part starting here). Decrease speed as you diminuendo.

The measure before Number 9 is often played steadily, too. There is still no meter to hem you in and the indication is Très ralentir, so it's hard to understand why the sextuplet 8th notes should be steady as a rock!

As you approach the hold a broadening of the pulse goes naturally with the crescendo.


What to Expect from the Conductor

This is a very touchy passage for both players and a good conductor will mostly stay out of the way, helping only when necessary -- at the beginning and the end.

If you want it to stay that way, it's extremely important that the two players run through the passage separately as many times as necessary so it goes off predictably well in the first run-through. If trouble happens, conductors have a hard time resisting the urge to "help". You may then have to play it in a way that is quite foreign to your understanding and more difficult than necessary.

Ideally, the conductor should give a cue for starting the first note and then help with getting out of the fermata at the end just before Number 9 and that's it!

If you are playing first bassoon on this, you will need to sharpen your skill in leading. Below, I've marked in red where cues should be given. 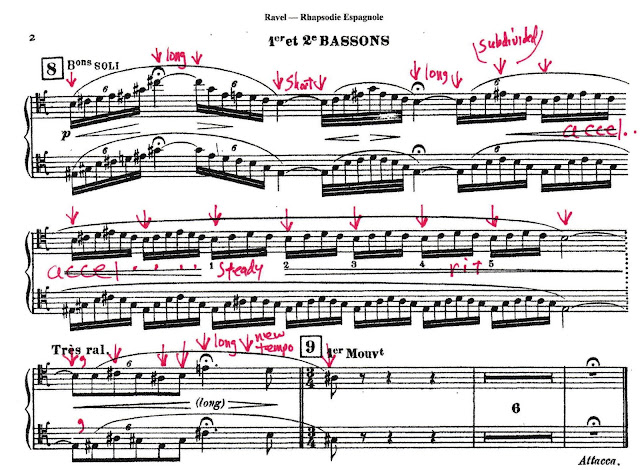 Hold still for the long, held notes. Cues 3-5 could be given as steady beat in a moderate tempo. In this way, the 32nd note flourish will sound faster than the 16th note sextuplets at the beginning.

To help the accelerando start slowly, I recommend cuing the E# in the first set, then just cuing the first of each group. The Très ralentir bar can be cued in differnt ways, but the method outlined above works as well as any other one.

The very end may be taken care of by the conductor. If so, you will see one of two possible ways to end this.

1. A cue for the last quarter beat before Number 9 and a downbeat at 9.


How to give cues

Try to give cues using as little body language as necessary. It sends a bad signal to your second bassoonist if you are swinging your bassoon on the beats like a baseball bat! Sensitive players can pick up on small motions using peripheral vision. Just a slight motion is necessary. Be careful to be still when not cuing to avoid confusion!


Use in an audition

The real test comes in the second try, when you can show how much you picked up on during the first run-through. It is fine to ask a question or two, if necessary before playing it again, but don't get involved in any intellectual discussions at this point! 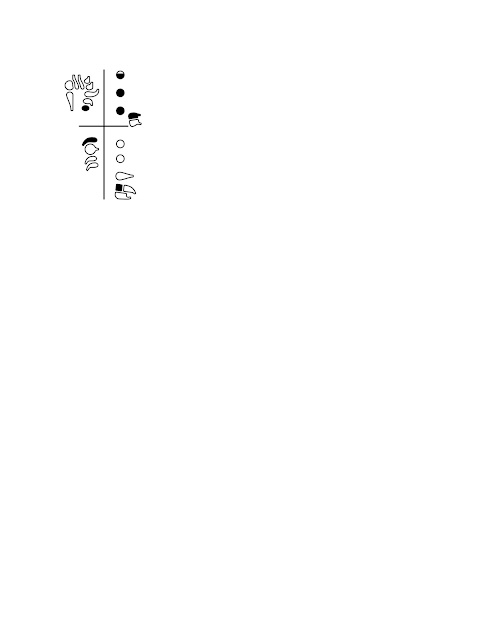