Greetings from Madrid!
We arrived at our hotel around noon and I began to settle in.  I’ve found the best way to beat jet lag is to get out and get some vigorous exercise.  Fortunately, there was a park nearby that was perfect for runners and walkers.
Later that night I got together with a friend at his hotel for drinks and something to eat. 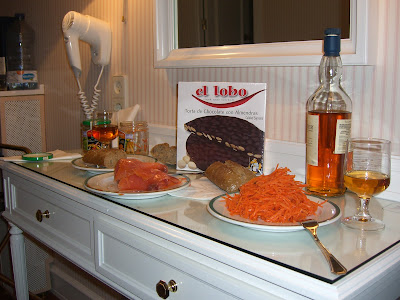 His hotel was near the Puerta del Sol (the location of huge protests this spring) and had a beautiful rooftop restraurant terrace. 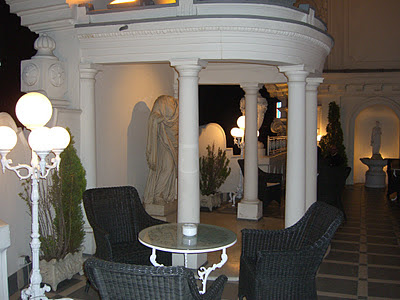 The concert hall in Madrid is rather nondescript looking from the outside, but very fine on the inside.  It has good acoustics, tending towards the clinical and dry. 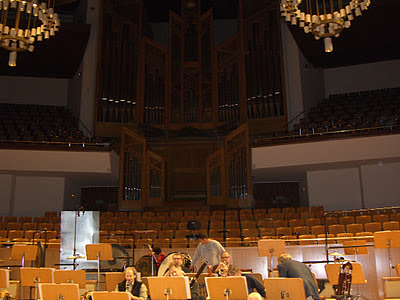 However, it was very easy to hear everyone and play on the stage.  Our rehearsals and concerts were sandwiched in between services by other orchestras.  There were two concerts each night.  We played the early shift on Thursday (7:30pm) and the late shift on Friday (10:30!!). 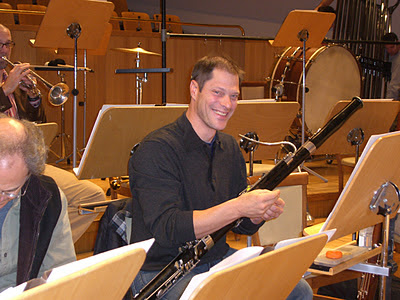 Other orchestras played on those nights, too.  The populace seems to be hungry for classical music!  Both concerts we played were packed – the first one certainly sold out.
Posted by Barry Stees at 3:43 PM