We had a free day after our Friday concert.  Some of the orchestra stayed in Madrid, others went to Valencia (our next stop) a day early to look around.


I had other ideas.
Early that morning, Dan McKelway (Assistant Principal Clarinet) and I went to the Madrid train station and rented a zippy little 5-speed Diesel Citroën.  Armed with maps, backpacks, boots, trek poles, etc. we drove 5 hours north to the Adresa National Park in the Pyrenees, just south of the French border.  Dan had chosen an area that we could drive to and get right on a scenic hiking trail that would get us into some mountainous terrain quickly.
We stopped in the little village of Torla, just short of the park entrance and found a great hotel with a world-class view that had a room available, checked in and put on our hiking clothes and packed our backpacks. 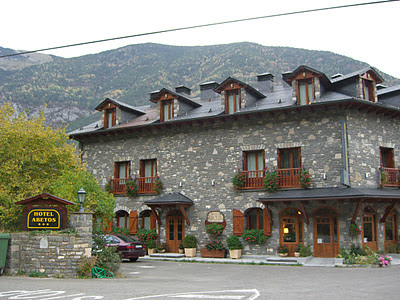 We drove to the park entrance, parked, found the trailhead and set out at about 2:00pm. 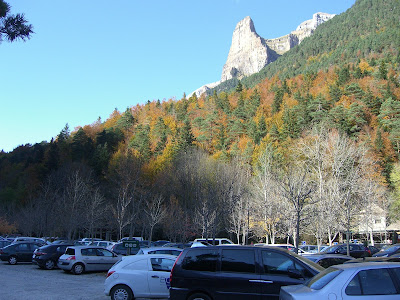 For the first two hours we hiked steeply up the side of a mountain through beautiful wooded terrain. 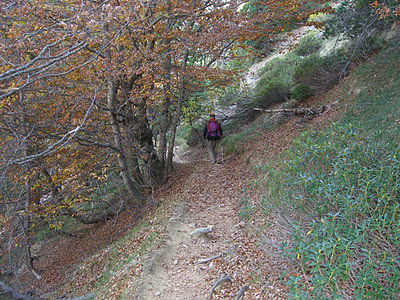 Near the tree line we started a long traverse towards a coll. 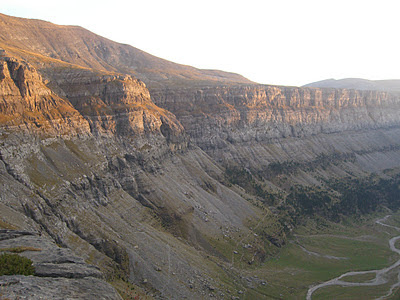 Our goal was a climber's hut called El Refugio de Girza.  We could have dinner or at least a snack there and then hike back to our hotel.


The weather was perfect – blue sky and between 40-60°, depending upon altitude and whether or not you were in the sun.  Because we were in a park, the only people we saw were other hikers (very few that day and most going the other way because it was afternoon).

No ski slopes, only one jet trail, no planes, helicopters.  In other words, very remote and pristine countryside.
For a long time we couldn’t see where the hut was, but we knew it was there from our maps. 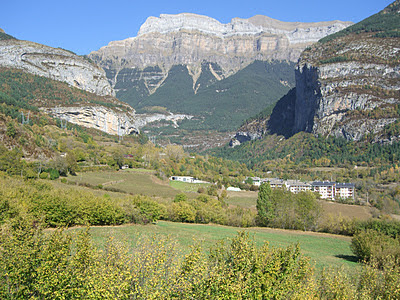 In a few hours we started to lose the sun and it became apparent that we weren’t going to make it to the hut.  It came in view and we hiked further towards it, but decided to turn back because of the time.


We took a different route that featured some adventurous descents at first.  We navigated a short section of cliffs where chains and posts had been pounded into the rock to help you rappel down the rock face.  After our decent we followed a very wide path near the bed of the river that must have filled up this gigantic valley at one time.

It was good that the path was wide and rather level, because for the last 2 hours of the hike we were in darkness, using our headlamp and flashlight to find our way!

We got back to the parking lot and found the car, drove to the hotel room, dumped our packs and went into the little village to find dinner.  It was late and the town was so small that we weren’t sure we’d get anything to eat.  The thought of going to bed hungry after a day full of physical exertion was not a happy one!
We did find a restaurant that was still serving dinner.  We found the dining room full of fellow hikers and enjoyed the food and atmosphere!

The next morning we got up early and wandered into Torla for a short look around before getting in the car again. 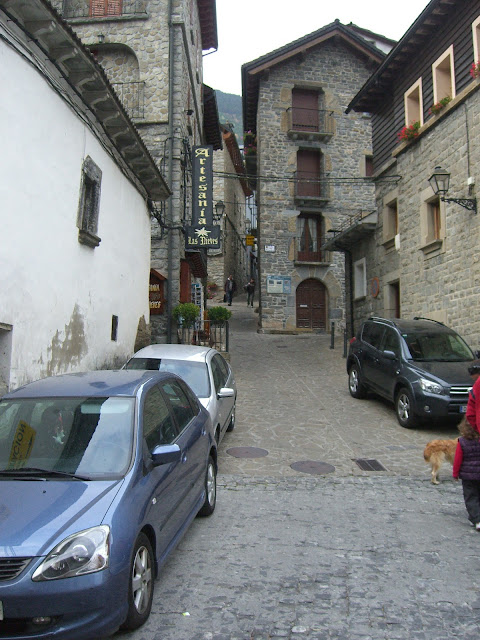 To my surprise, the village was alive with runners preparing for a race. 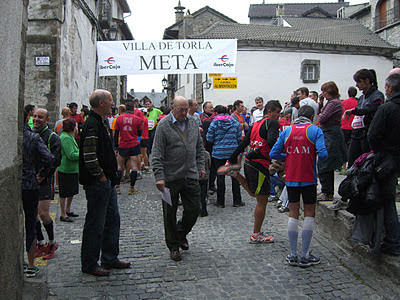 A half marathon was to start in just a few minutes.  It was a point-to-point race, staring in the village and ending in another, completely up hill!!
We checked out of the hotel shortly after the race started and got on our way to Valencia.  While driving I kept noticing large fields of cane growing by the side of the road. 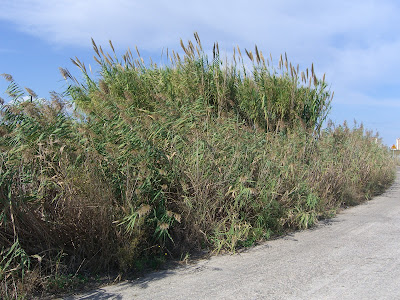 We got to Valencia with time to spare, but had trouble finding a drop off place for our rental car.  With time running out before our evening sound check we parked the car near where we thought was a likely place by the train station and took a cab to the hotel, checked in and walked to the concert hall.

After the concert, we found the return lot with help from the hotel concierge.  Then we went out to a restaurant in the old section of Valencia for a dinner featuring the local dish, paella. 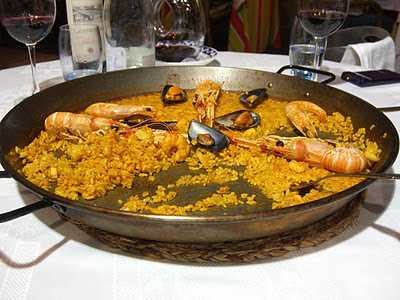