We ended the tour with three concerts in Vienna. I've been to Vienna many times. During this tour I had an unusually large amount of free time on my hands, so I tried to structure my free time with a theme.

I've been to many of the main tourist attractions in Vienna, so I was looking for a tour that would highlight something unique about this place.

I had been told by some friends that the Bestattungsmuseum (Funeral Museum) was very interesting and something unique to Vienna.  Unfortunately, it is currently closed until fall next year.

So I settled on another plan. If you were a member of the Habsburg dynasty, you were given a very unusual burial. Several churches in Vienna have crypts that can be toured in which the Habsburgers bodies -- or body parts -- are interred! 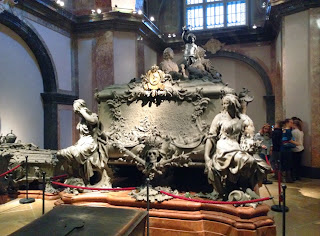 In the Kaisergruft (Emperors' crypt) he center city the bodies of the Habsburgs are laid to rest in elaborate coffins. Above is Maria Theresa's final resting place. 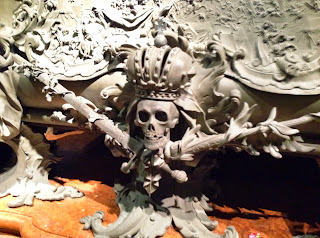 No expense was spared in the design of these coffins. Some of them have fresh flowers laid in front in front of them. Below is the coffin of Otto, one of the last Habsburgers, who died in 2003. 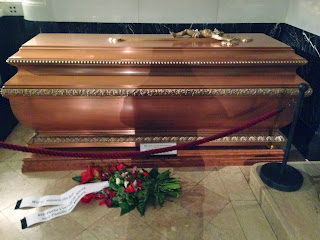 And here is Franz Joseph I, the ruler during Vienna's turn of the century golden period until World War I. 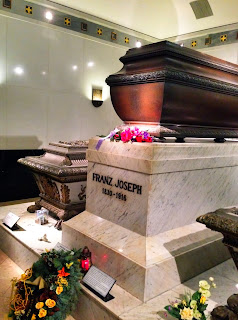 Here's a short tour of the crypt thanks to YouTube!!